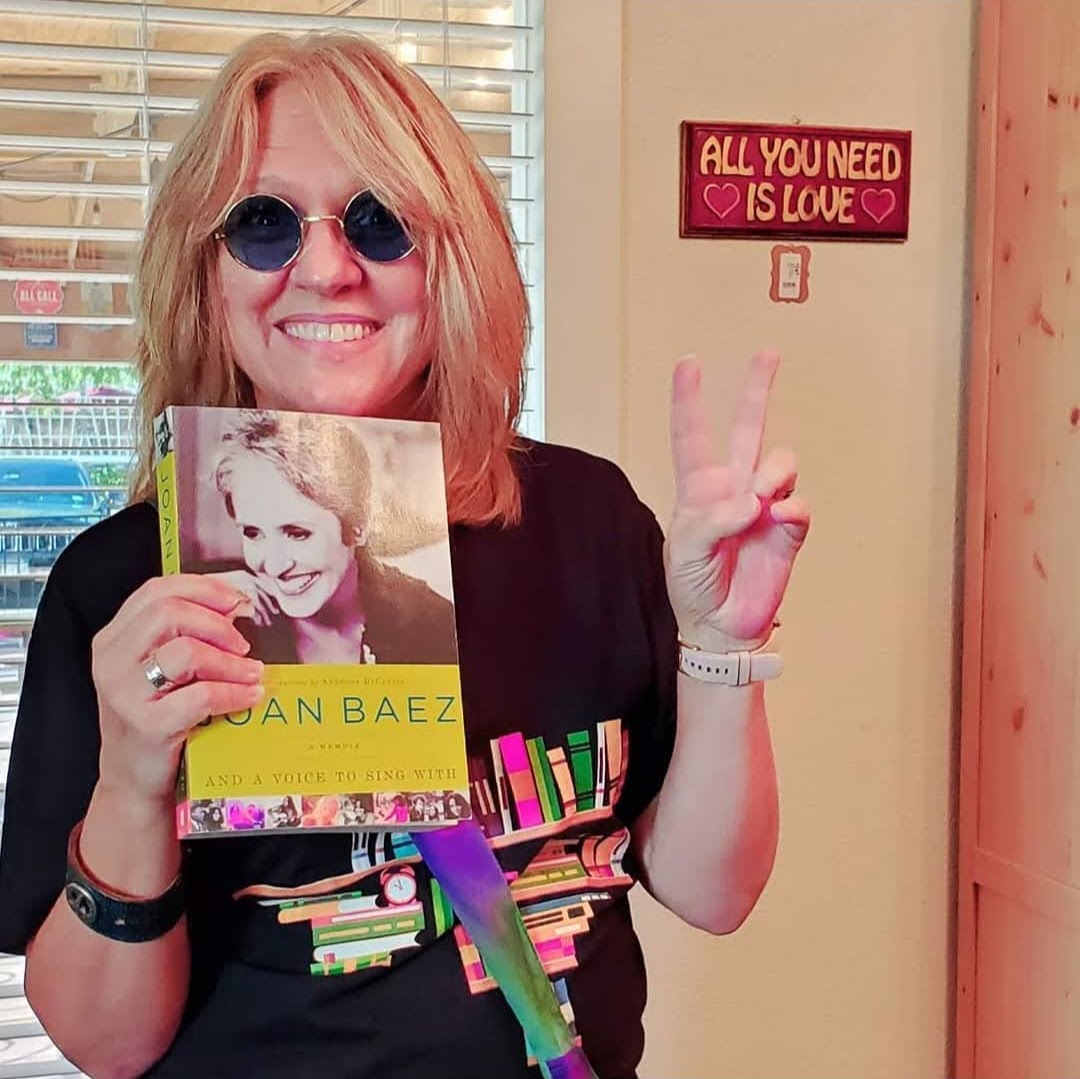 Diane is the owner and Senior Vice President of Smelly Good at Patchouli Joe's.

Originally from Dallas, TX, Diane moved to Denton for college and wouldn't leave until Joe stole her away to Leander in 2018, with a promise to return her within three years. They returned to the Denton area in March 2021. #PromiseKept 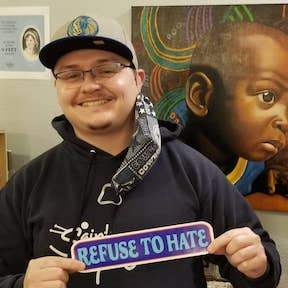 Charlie believes that peace is the way to happiness. He is a fanatic of all DFW sports teams. His motto in life is "Good Vibes Only".

Charlie was born and raised in Denton, TX and loves all things Denton. 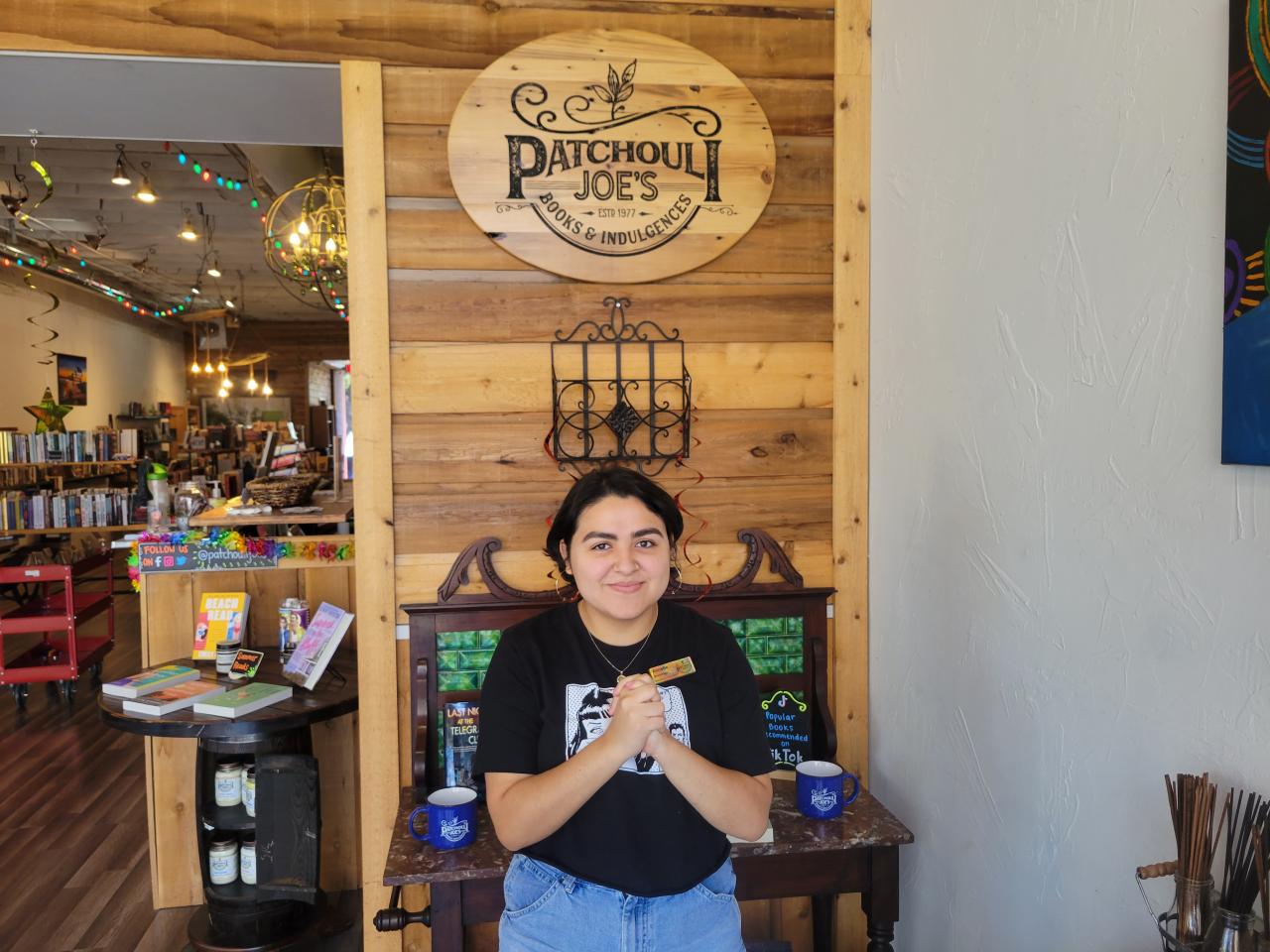 Born and raised in Fort Worth, Texas, Annette is a Veteran of the Crimean War, on the Russian side. She served as Deputy Librarian to Vice Admiral Vladimir Kornilov. She is a lifetime learner (so far) and plays Crwth in a Celtic jazz ensemble.

See what Annette is reading 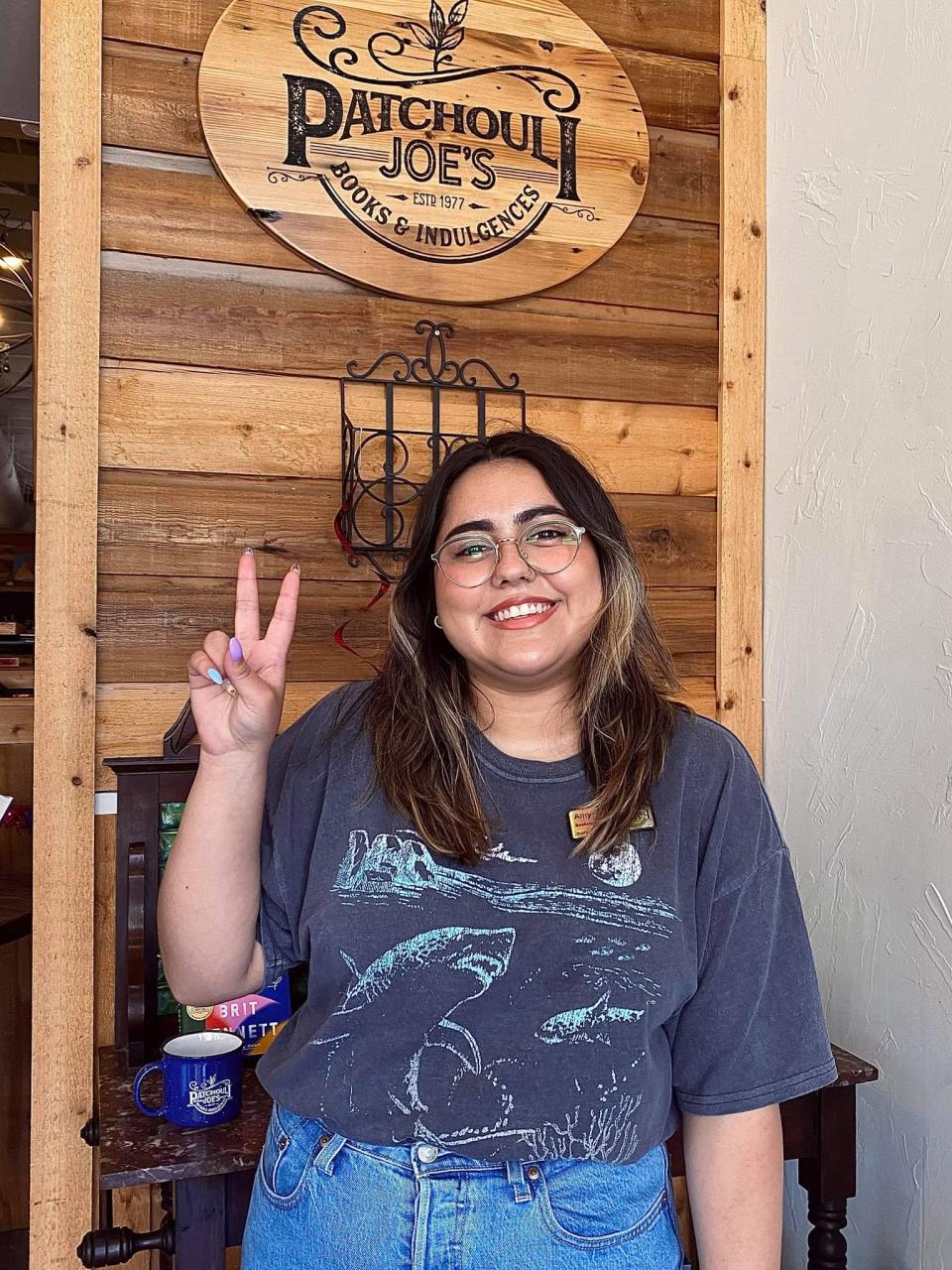 Amy is a North Texas native. When she’s not busy sailing the high seas with her two swashbuckling cats, they are studying Art History at the University of North Texas. She has never been a busker nor a mime wrangler.

See what Amy is reading 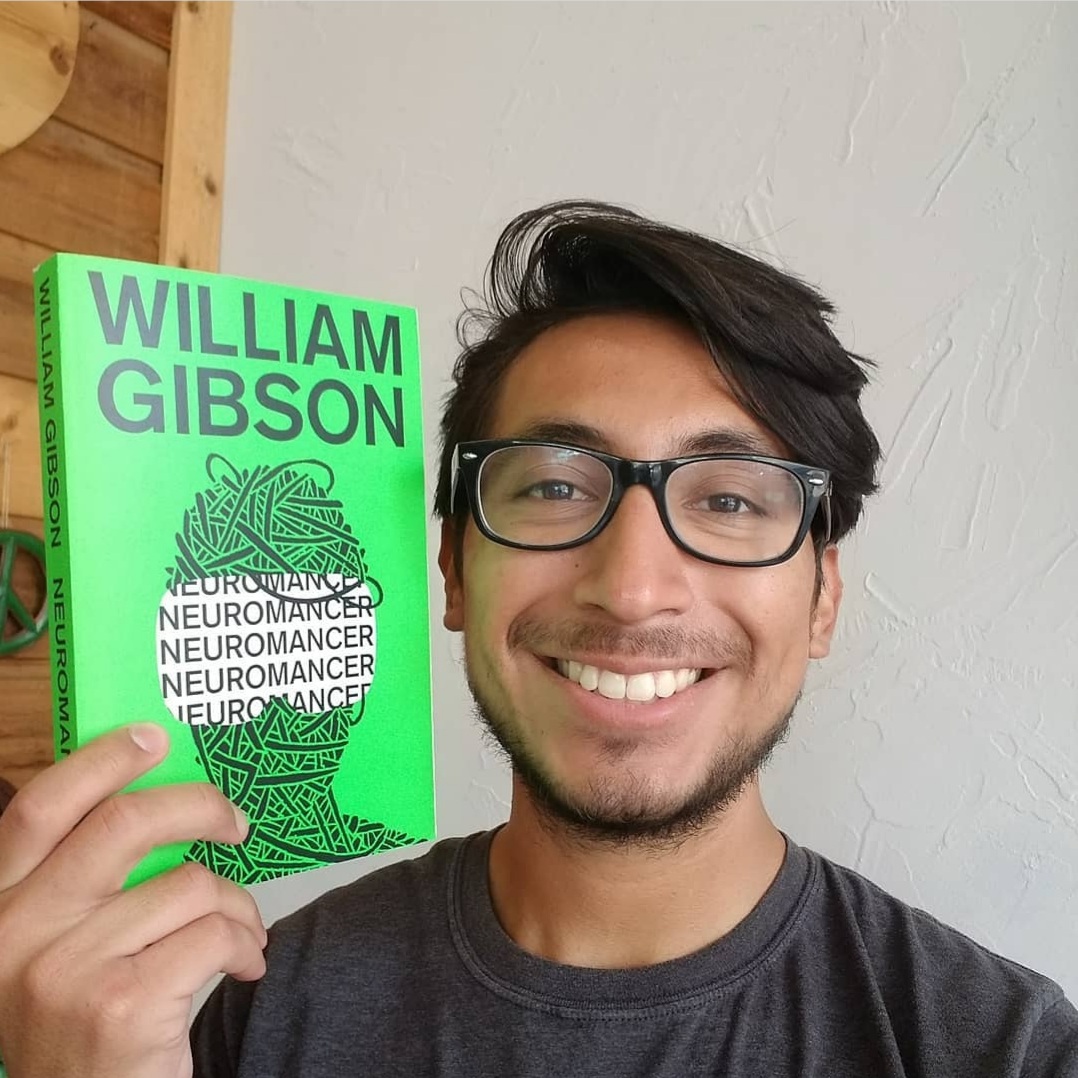 Elijah was once a member of an a cappella gangsta rap trio called “The Misdemeanor Monks.” He once protested Beth Marie’s, insisting that artichoke sorbet was, in fact, a thing. Elijah’s studies in Political Science have revealed that unlike other scientific fields, lab coats are neither encouraged nor particularly welcomed.

See what Elijah is reading 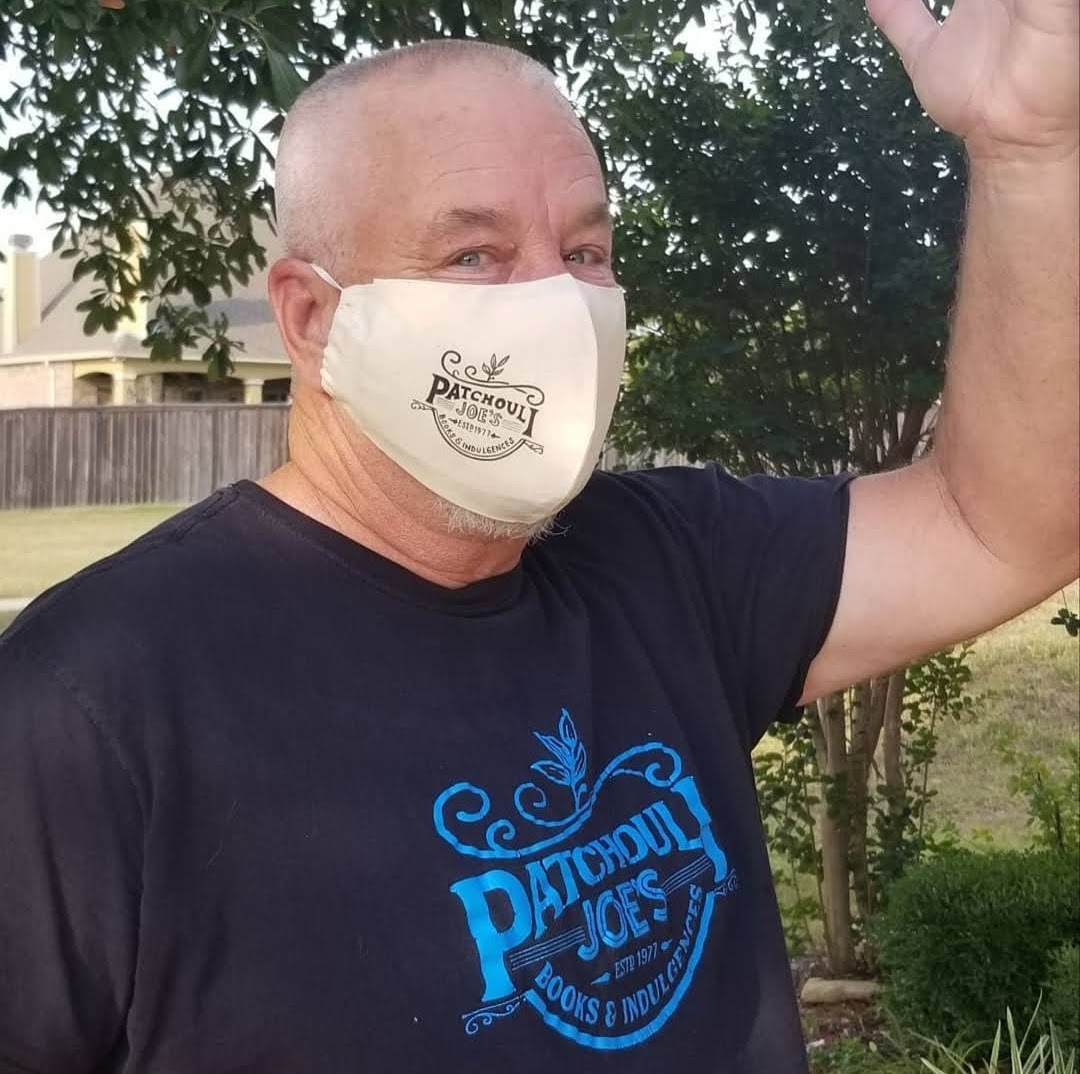 Joe is the other owner, as well as Director of Custodial Physics at Patchouli Joe's.

Raised in Northern California, Joe spent 20 years in the US Air Force, traveling the world. He lived in Florida for 27 years before escaping to Leander with his high school sweetheart in 2018, and finally making his way home to Denton in 2021.

Zoe is the real owner of Patchouli Joe's.

Zoe lived in Georgia, Florida, and Tennessee before relocating to Texas with her loyal servant, Joe. In addition to a pretty face, Zoe is the real brains of the operation. But seriously...have you seen that face?!?

There are no products in your shopping cart.

Powered by My Must Reads